There’s a new car sharing company in town called Caroo mobility (caroo.at). Their selling point: e-cars only, offering a choice of makes and models that are fun to drive and easy to manoeuvre in town. They offered initial longer term rentals to volunteer alpha testers, so I took a BMW i3 for 2 days. The test package included 200 free kilometers per day, so I was looking forward to several test drives around the city and surrounding countryside. Recharging at the local energy utility’s (Wien Energie) 22kW installations was a breeze and took around two hours for a full charge (180 km in winter). The company supplied two different charging cards for the car. A smart phone app, quickly downloaded from a wide range of choices on the app store, showed several hundred charging points in and around the city. I should have remembered Murphy’s Law at this point! 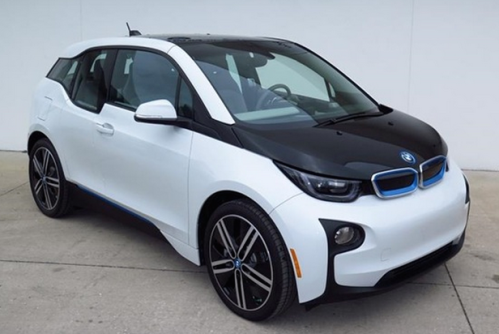 We travelled outside the city on the second day, planning to visit two different towns south and east of Vienna, travelling around 220 km in all. Fully charged, the dashboard showed 180 km range left so we thought, armed with two charging cards, no problem. We’ll charge somewhere along the way. The two phone apps of charging stations, hastily downloaded in the morning, chosen at random from more than a dozen, showed scores of charging stations around the two towns and along the highway. We set off, the car fully charged and showing 180 km of range left on a cold, clear winter morning. By the time we reached the first town, 50 km distant, the screen showed we had 115 km of range left, not bad at all, considering the heating was set to 20C and we drove at modest highway speeds. After our visit in the first town, we had plenty of juice left for the next town, 70 km away. Our apps showed several charging stations at the next town, but we decided to play it safe and top up the charge before heading off. Our real EV learning experience began here.

At the first charging station, run by a different utility, our cards were compatible, but the car did not charge. I called the hot line of the utility and was assured, if the pillar light was green, the charge should work. Green lights all around, no charge! The helpful hotline lady said, sometimes these things are finicky. Try disconnecting and reconnect again. Tried this several times, no luck. So we drove around the outskirts of the first town for an hour, looking for other charging stations. Found another one. The chargers were not Type 2, the ones we needed. By this time our range had come down to 90 km, still enough to make it to the next town. Unsure of what would happen there, we decided to head back to Vienna on the highway, where there are a few charging stations. All of the charge stations were badly marked, so we missed the exits to two. Finally pulled into a giant service station where we found a bank of 6 high speed chargers, labelled 150 kW, 175 kW. The plugs were incompatible with our car. I assumed they were CCS, to allow high power DC fast charging, and was afraid they would fry our batteries even if I could connect. There was one 44kW pillar, where the BMW’s plugs were compatible, but our two charging cards were not valid here. So we ended up driving an extra hour back to Vienna to fully charge the car at one of the city’s charging stations.

So my short summary here. The BMW i3 is beautiful to drive with many well thought out details, some design quirks that don’t really work for me on first use (like the back doors opening backwards), beyond my budget, with the bare bones version starting at around €40,000. So when I buy an electric car later this year, it’s going to be a used Renault Zoe at 25% of the price of an i3, with a monthly rental fee for the battery. A word about the rental fee that begins at around €60 per month; it might sound like an additional financial burden, but remember that battery rental will keep your insurance costs low, since the most expensive component of the car does not have to be insured. Worth keeping in mind when you decide on a purchase plan. And the last word. Before I (or you) buy an EV, download a good app of local charge points and make sure you study the specs, not only of the car, but of charging port requirements with their corresponding charge cards or apps.