The Emperor’s New Clothes and the Climate of Denial.

Hans Christian Andersen said it best more than one hundred and fifty years ago. Children have the capacity to speak truth to power when sages are silenced for daring to state the obvious in a climate of denial. Scientific studies have shown, with ever-increasing certainly, for more than four decades now, that human action is changing the planet in alarming ways. What was at first a trickle of change has turned into a flood. Despite years of unseasonal floods, droughts, ice melts, desertification and habitat loss, it is only now, when children take to the streets in protest, that there is any real hope of progress.

And this childrens’ movement has an unlikely heroine; sixteen year-old Greta Thunberg, who didn’t mince words while addressing self-important bodies like the UN COP24 conference or to EU leaders. “You lied to us. You gave us false hope. You told us the future was something to look forward to. Those who will be affected the hardest are already suffering the consequences, but their voices are not heard. Is my microphone on? Can you hear me?” Her words shamed members of the UK Parliament who took the unprecedented step of declaring the climate crisis an emergency.

At the COP24 conference in Poland, she told the assembled delegates: “You only talk about moving forward with the same bad ideas that got us into this mess, even when the only sensible thing to do is to pull the emergency brake. You are not mature enough to tell it like it is. Even that burden you leave to us children. But I don’t care about being popular. I care about climate justice and the living planet.”

Greta Thunberg’s words and actions are a reminder of the eternal truth of a tale by Danish author Hans Christian Andersen. In his tale, the Emperor’s New Clothes, everyone pretends to see and admire the marvellous garments that are supposedly visible to everyone but the foolish. Until one child cries out, “But the Emperor has no clothes!” At that moment everyone sees the truth and repeats the child’s words. In our real-life parable, Greta Thunberg is the unnamed child in Andersen’s story, and the Emperor stands for the corporations and big businesses that stand to lose their profits if climate change is accepted as an issue that is vital to humanity’s future. 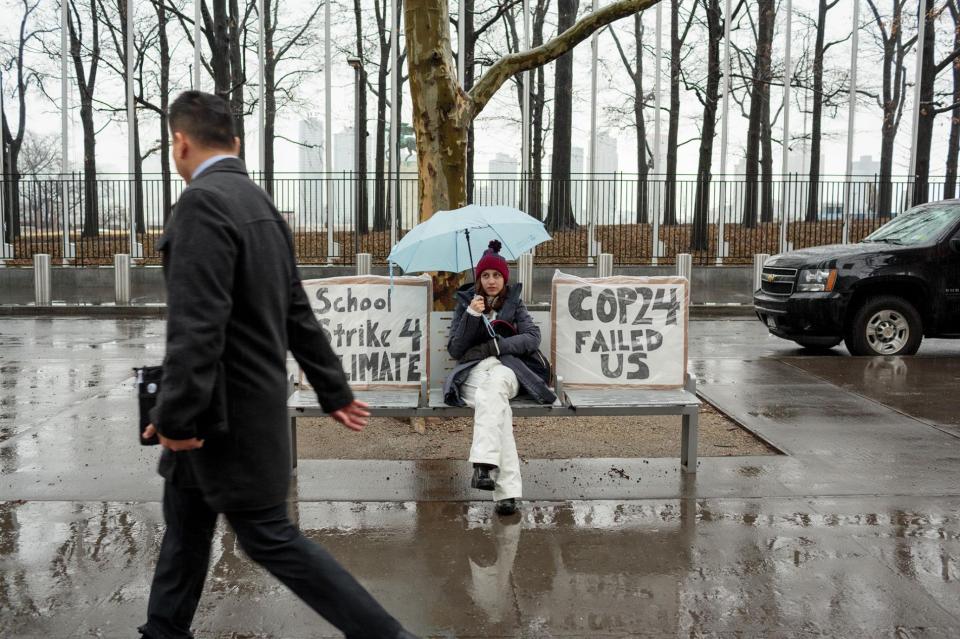 Getting to know Zoe

A quick internet search reveals that the name ZOE means “life” in Greek and is usually a girl’s name, although it can be used for boys as well. A website called “Behind the Name” tells us that the name ZOE was adopted by Hellenized Jews as a translation of EVE. Two early Christian saints of this name were martyred under Hadrian and Diocletian. A few weeks ago I bought the Zoe pictured below. This Zoe has nothing to with saints or martyrdom but it could be one of a tribe that will help a gasping planet to breathe a little easier. 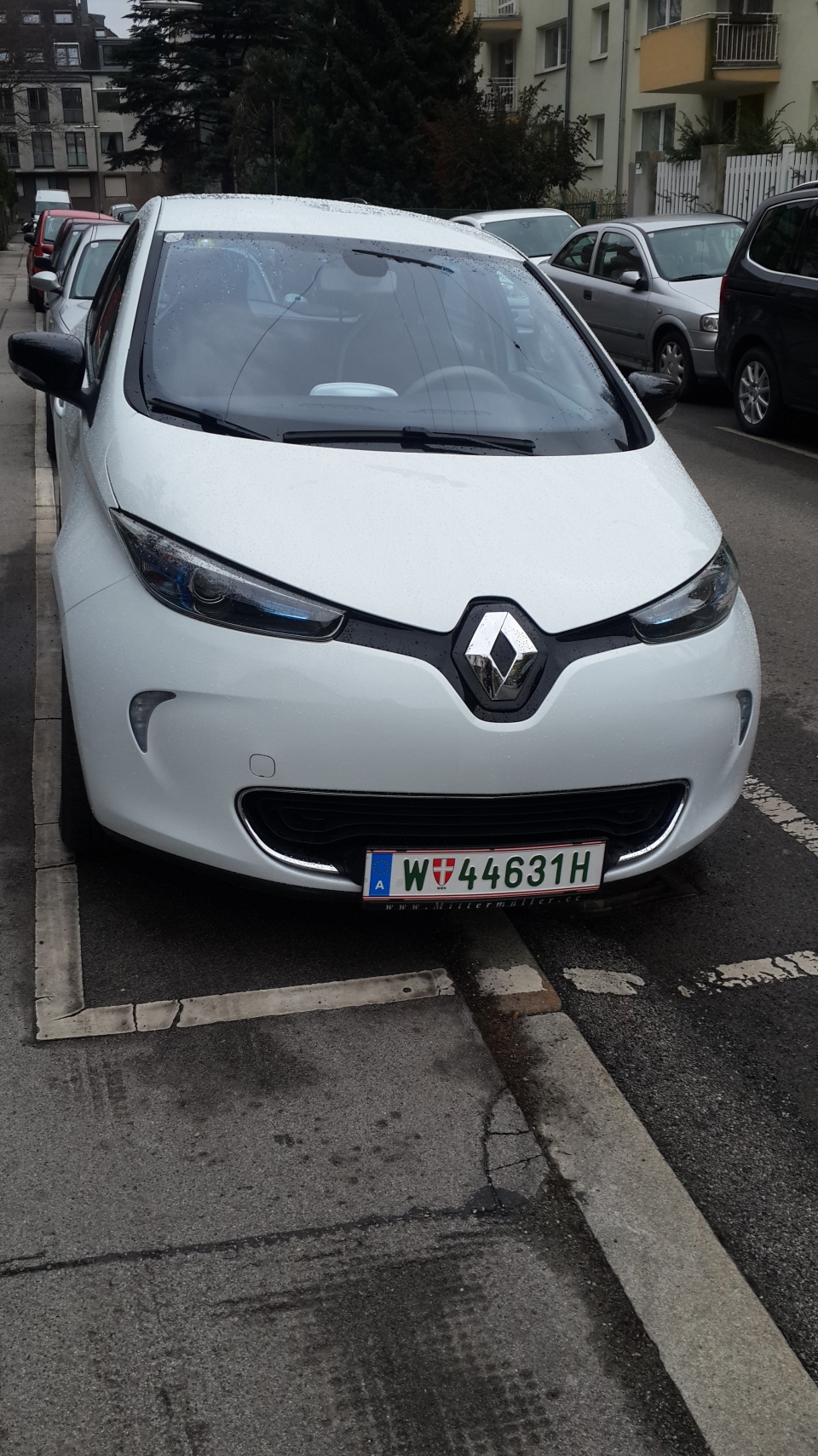 When one lives in a city with well-designed public transport there is little need for a private car, but after hearing a few acquaintances talk about range anxiety and the impracticality of electric cars, I decided to buy one and rent it out on a daily basis. This is intended as a small step to allay common fears and misconceptions about electro mobility. Some of these misconceptions are due to society’s resistance to change; others are spread by petrol heads, addicted to imported oil and oblivious to environmental costs and the thousands of kilometers conventional fuel has to travel before it enters the tank. Contrast this with electricity that is generated much closer to home (or even at home with your own solar panels!), and potentially available at every city street corner. Then there are the car companies with their armies of highly qualified technicians and engineers whose skills will suddenly become obsolete. Instead of powertrains and cooling systems, they suddenly need software engineers to tweak more power out of lithium ion batteries, or optimise charging speeds at various levels of charge, or find ways to enhance the power density of the cells they use. For example currently, the batteries of the BMW i3 carry a charge of 170 Wh/kg compared to the 250 Wh/kg of a Tesla. That’s a 32% advantage in battery weight alone, which translates into range, efficiency and price. And a company like Tesla makes improvements all the time, continuously upgrading even its older cars with over the air software updates. So conventional car companies have a vested interest in maintaining the manufacturing status quo and will produce more affordable electric cars only when more customers demand them.

The Zoe pictured above has a maximum range of 150 km, which translates to somewhere around 120 km in the real world, depending on driving speeds, terrain and temperature. In my fossil-fuelled car-owning days, I usually drove around 50 km a day during the week. On weekends, a jaunt to the surrounding countryside might mean a trip of 200 kilometers. The big surprise driving the Zoe in 2019 was to find that a good network of charging stations already exists around the country and in most countries in Western Europe. The big problem is they are not well marked, even on highways. The various charging points are not necessarily shown on a common app. These are all deficiencies that have to be overcome in the coming months, and I will try and talk to companies about these points. But the bottom line is, if one is willing to do some homework before a journey and map out a choice of charging points along the way, one can cover most of Western Europe emission free. Of course, I hear someone say, but ah, what about the emissions caused by the production of electricity. Good point. All the more reason for Europe to phase out its remaining coal-fired and natural gas power plants and switch to PV, wind and hydro. 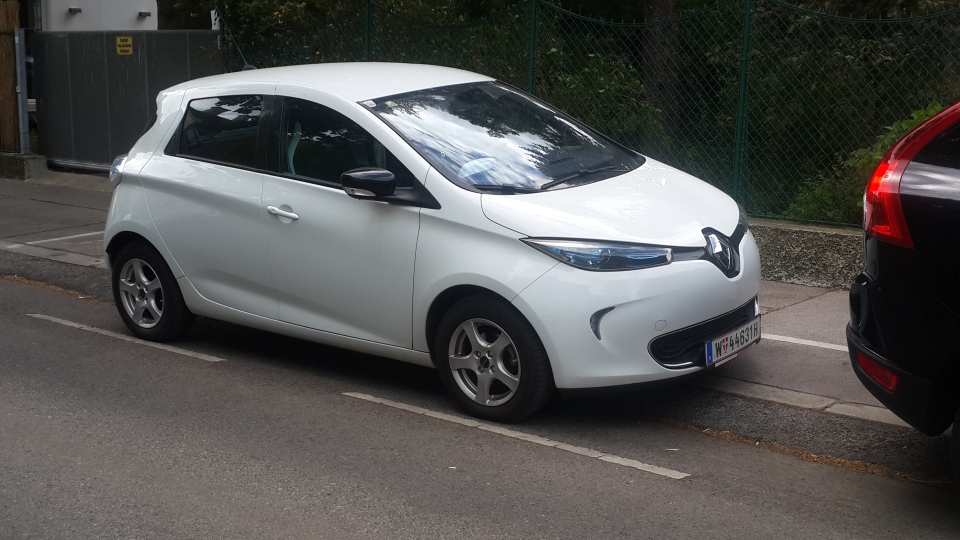 Oh, but wind and PV are intermittent! You’ll still need fossil fuelled power to provide a stable base load of energy. This used to be a valid argument, but no longer. Efficient software, smart meters and battery backup can do the job at much lower rates. Additionally, countries like Norway, Spain and Austria are geographically favoured and have enough sites where pumped hydro can do the job at competitive rates. While writing this article I came across an interesting site listing existing pumped hydro storage (PHS) and future potential for six countries (Austria, Denmark, Germany, Greece, Ireland and Spain).

The above work shows that conditions in various EU countries differ widely due to varying geography, political will and regulatory systems. There are many choices we can make as individuals to lower our carbon footprint. The quickest three steps may be to lower thermostats in winter, switch to a plant-based diet and either walk or use a bicycle for errands within a 5 kilometer radius of the home. If we must drive, then an electric car is not only better for the planet, it costs less to run and maintain in the long-run. The good news is that by now there are used electric car models available for the price of a small used car like the Volkswagen Polo. If you’d like to rent the Zoe pictured above for a day, a week or more, look for it on the car-sharing website at drivy.at and take it out for a spin. You will enjoy the drive.