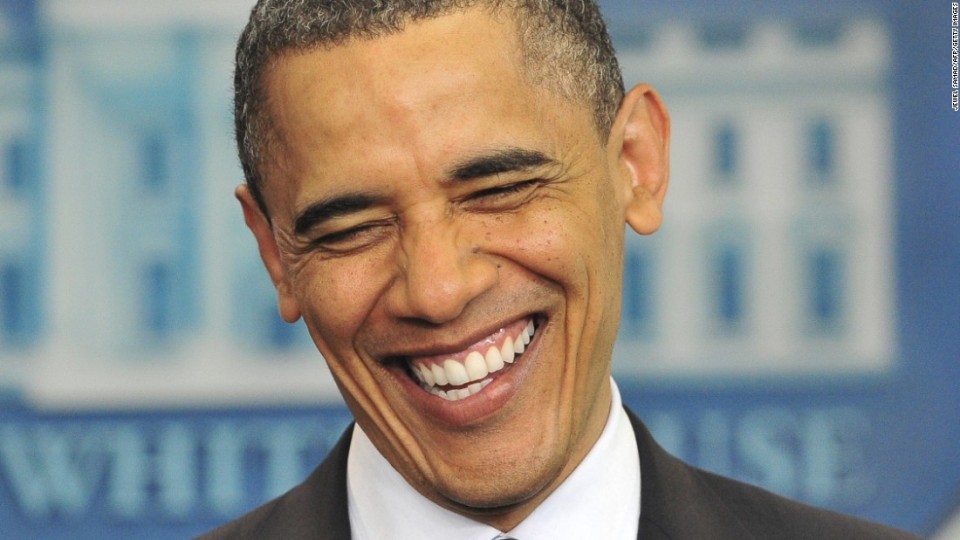 Now that the current US President and his administration is intent on dismantling everything that the previous president has accomplished, regardless of cost to the nation and the world, it is time to speak of his signature health care program in the past tense and say: OBAMA CARED.

If you, like millions of others around the world, are concerned about petty minded twits who spread their message of hate in a stream of tweets, here’s a positive way to counter their malice. Check out the website of young New Yorker Esti MacInnes at “EstiMadeAnEtsy” for silent ways to stand up and be counted. 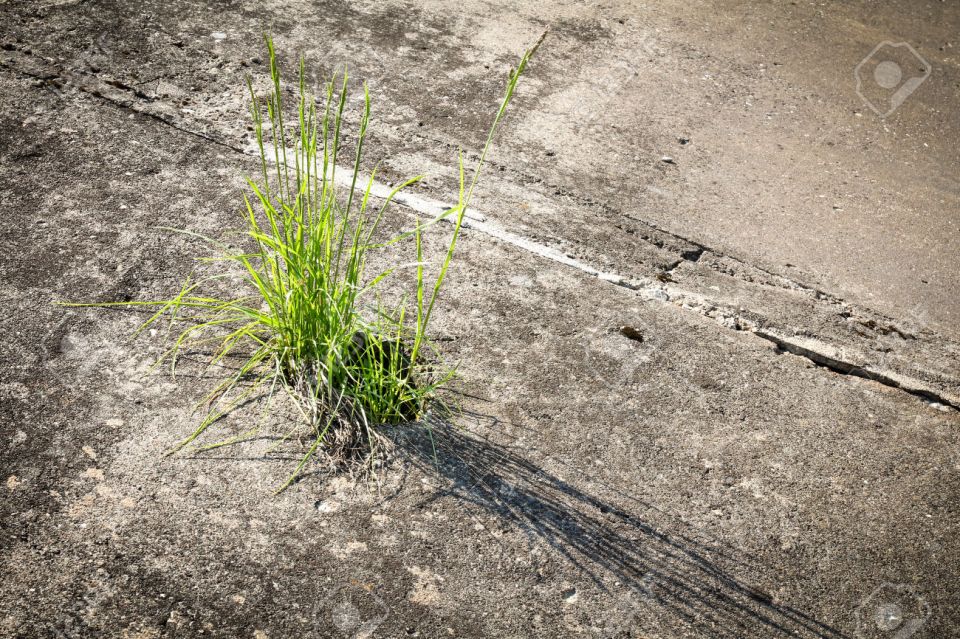 The recent accession of climate change deniers to positions of power (no names here!)  is very depressing news for those millions of people around the world who don’t totally distrust all media, mistrust all scientific research, or contradict factual evidence. Nevertheless there are many examples of happenings around the world that might not make international headlines because they are not (yet) economically significant. Economically significant or not, these actions are ecologically significant in a global context. These are actions that need to be emulated a hundred-fold, a thousand-fold, a million-fold, in the decade to come. A climate scientist friend told me years ago that the world would not act on the climate issue until it became a globally self-evident crisis. And then, he said, people would come together out of the woodwork at the last minute, to do what is needed to save our planet from irreversible changes; for example, in the interplay between circulation of deep ocean waters and the quantity of atmospheric carbon dioxide absorbed by them.

What follows is a short, incomplete list of the various ways people are coming out of the woodwork.

The 2017 Women’s marches around the world could be a powerful harbinger of things to come. According to Wikipedia: The 2017 Women’s Marches were a series of political rallies that took place in cities around the world since January 21, 2017, with the goal of promoting women’s rights, immigration reform, and health care reform; to counter Islamophobia, rape culture, and LGBTQ abuse; and to address racial inequities (e.g., Black Lives Matter), workers’ issues, and environmental issues. There is a sea change here. The Women’s March took place in cities on every continent. It was a spontaneous coming together on a multitude of human rights issues, much bigger causes than merely protesting against He Who Will Not be Named, he who was merely the catalyst that brought the marchers together. Like blades of grass that probe and emerge through the hardest concrete, these marches are the peaceful means to crack the brittle edifice of patriarchal structures the world over.

Three examples from India, where I happen to be at the moment, underline the environmental component of this sea change:
The small town of Meenangadi in Kerala has pledged to become the first carbon-neutral panchayat (rurally governed community) in India. And they expect to do it by 2020. Here’s an explanation of why they are doing this and what steps are being taken to achieve this goal.
In nearby Cochin (or Kochi, as it has been named by the local administration), the International Airport, call sign COK, is the world’s first completely solar powered airport. BBC News, October 2015.
At Kamuthi, near the town of Madurai in Tamil Nadu, the world’s largest solar power plant built on a single site was completed in 8 months, covering an area of 10 sq. km., with a capacity of 648 MW. Al Jazeera, November 2016. Meanwhile in China, this is topped by the Longyangxia Dam Solar Park with a peak output of 840 MW from solar panels clustered at two adjacent sites near the reservoir.

Other blades of grass sprout everywhere. In Vienna, after the election victory of You-Know-Who on 9 November, hundreds of volunteers went out on to the streets to campaign for the green party candidate in Austria’s presidential election. These volunteers were campaigning against scare-mongering and fear-of-the-other tactics that are habitually practiced by right wing demagogues, unfortunately with some success in the recent past. In many countries around the world, people fed up (pun intended) of industrial agriculture are turning to food production in their back yards, on window sills, on terraces. This awareness of the source of our nutrition makes people appreciate its literally life-giving qualities, bringing back the sanctity of producing our own food. The process brings people together in simple ways and promotes communal harmony. Mayors of cities around the world are networking together to circumvent the inaction of their politicians and lawmakers. I see green fields around the world where millions of tender blades of grass crack the concrete of established practice. I see this in the near future, if the millions who have marched will it so. It’s time now to march, plant, demonstrate, protest, cooperate, sow, reap, make your voice heard, switch off your TV, get off your couch, harvest potatoes, get active.

For more by this author, see his Amazon page here, or the link to Google Play where you can download free sample excerpts from his books.

On Wrestlers and Faceless Women

I saw a Hindi movie called Daangal a few days ago. A true story of amateur wrestler Mahavir Singh Phogat in Haryana who raised six girls (four daughters and two nieces whom he adopted on the death of his brother) to be world-class wrestlers who have won many international championships. From a social standpoint, the most remarkable thing is that Haryana is the state with among the worst male/female sex ratios in the country (in 2011, 877 females for every 1000 males). This negative sex ratio is a reliable indicator of low status of women in a society. One can only imagine the real-life battles the Phogat girls faced, in overcoming traditional rural prejudices, cutting their hair, uncovering their faces, competing in early tournaments with boys, finally winning respect by beating many of their male peers and winning championships.

Even though some of the details in the film are untrue, or exaggerated for dramatic effect, there is no disputing that the greatest victory of these young women may not be counted in medals won in the wrestling arena, but in society as a whole. Changes in a society happen in a thousand unexpected ways. Their victories on the floor of the wrestling arena may be reflected in unrelated events in a community. One such example appeared as a feature recently in a Sunday newspaper. In this story, Mahima Jain tells of three women fighting the ghunghat (face veil) in Haryana’s patriarchal stronghold of Faridabad. They wish to show no disrespect to their elders, but also wish to be free of the restriction imposed by the veil. One of them is an educated woman who works in the city with head uncovered all day and sees no reason to cover her face as soon as she returns to her village home.

This news story shows that gender discrimination does not stop with rural, uneducated women, but also affects intelligent, articulate women with advanced educational degrees. As Hans Rosling powerfully shows through statistics in the video posted on this blog earlier in January (Reading the Tea Leaves: a primer for 2017), true development happens in a nation when gender discrimination has been largely overcome. By this definition, there are very few truly developed nations in the world; merely rich ones, poor ones and increasingly, widening gaps within societies between rich and poor.

One amusing and unexpected similarity between the real-life female wrestlers and their film counterparts: the professional wrestlers look just as elegant and sophisticated as the actors who play them in the movie. Check out the photos below without reading the captions first and see if you can tell who’s who.

publicity photo from the film 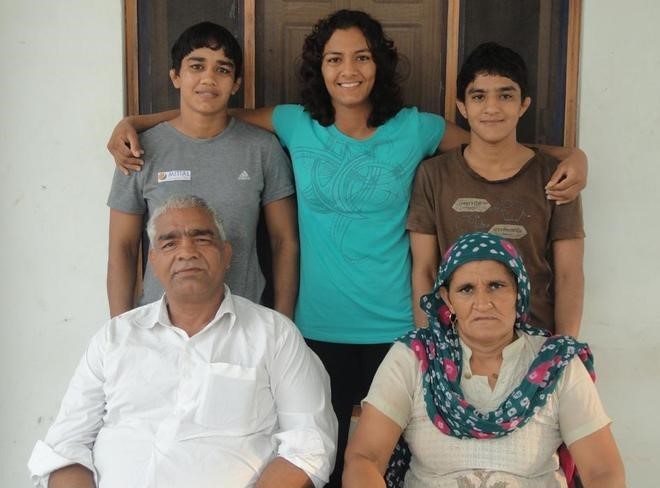 3 of the 6 girls with their parents. Image courtesy thebetterindia

Fossil Fuels are for Dinosaurs II 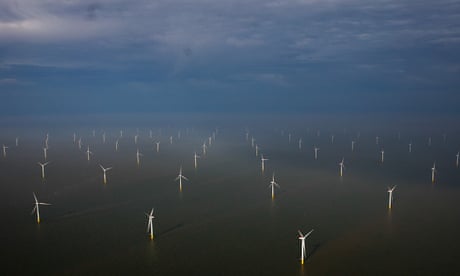 Tim Buckley, director of Ieefa and author of the report, said the election of Donald Trump in the US and lack of supportive policy in Australia left those countries at risk of missing a huge opportunity.

“At the moment China is leaving everyone behind and has a real first-mover and scale advantage, which will be exacerbated if countries such as the US, UK and Australia continue to apply the brakes to clean energy,” he said.

“The US is already slipping well behind China in the race to secure a larger share of the booming clean energy market. With the incoming administration talking up coal and gas, prospective domestic policy changes don’t bode well,” Buckley said.

Out of Africa and from the Middle East

Food for thought for those in many countries around the world who wish to permanently stop immigration of ‘foreigners.’

When the first migrants left Africa 75,000 years ago for the Cradle of Civilization — modern Iraq and Kuwait — Stoneking and his team estimate there were fewer than 100 people. They suggest there were just 15 men and 26 women. They also point to a Bering Strait crossing, from Asia to North America, around 15,000 years ago, as is commonly accepted.

Reading the Tea Leaves: a primer for 2017

I recently saw a snippet of an interview with actor Denzel Washington where he talks about the media. “If you don’t read the news,” he says, “you’re uninformed. And if you do read the news, you’re misinformed.” There’s a lot of truth in that statement. However, it’s one thing to read the news as an endless litany of the day’s evils all over the world, and quite another thing to seek out those media that offer in-depth, thoughtful news coverage of trends that shape the world. In the latter type, there is more information on the trends that shape events rather than on sensational local events with no geopolitical significance. Social media is not all bad. In fact, like most technology, good or bad depends on how you use social media and whether you feed off it indiscriminately or choose to sip from the nourishing bits on offer. Gandhi apparently once said: life is like a mirror; if you smile at life, it will smile back at you. Keeping that in mind, go ahead and read news roundups of the year 2016, which has been a pretty horrible year.

But remember that mirror and keep smiling for 2017. Here are some things that the daily news stories do not say. Or if they do, not as headline news but only buried on an inside page. Below is a post by stalwart statistician Hans Rosling that shows unmistakeable positive trends in the world today. I encourage you to sample at least a few minutes of it, and if you’re hooked, there are plenty more by him on YouTube.

I suspect that most of the people who voted for Brexit and the current US President-elect are unaware of the basic facts illustrated by this lecture. In an earlier blog, I cited a quote by Karl Menninger that said: attitudes are more important than facts. Very true, but if facts are accepted to be true they can help to change attitudes. Whatever the year 2017 brings, there will certainly be a lot of surprises, so don’t forget to smile at the mirror of life.