Elon Musk and Stephen Hawking have often said that AI is the greatest threat facing the world today. Here’s maybe an early example of what they worry about. Meet Sophia, the first draft of an uncannily human-like creation.

You’ve got to love this. Jamie Olivers cook-mobile, a new category KUV (kitchen utility vehicle), courtesy of Jaguar Land Rover. Now if they only had an electric version…

The Art of the Steal

Enough of worrying news about fake news, Kim Jong Un’s hydrogen bomb, the summer of hurricanes, melting glaciers, etc. A London newspaper reports that on 9th October, after robbing a jewelry store (ok, jewellery store for you Brits and Aussies), the six thieves got away with stolen goods unknown on just one moped. 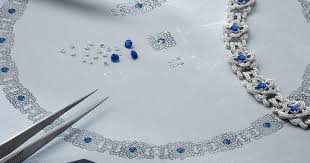 Surely one for the record books. Do they deserve to get away with it? Should they be sentenced to work for no pay with Cirque du Soleil? Should they find work in glass safety and certification? Suggestions and opinions welcomed.