History in 1000 words: The Israeli-Palestinian conflict 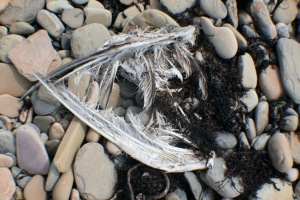 Watching the news on TV the other day, my daughter asked me to explain the origin of the Israeli Palestinian conflict. I tried to do it in 5 minutes, but got hopelessly bogged down by her questions. When I reflected on it later, I realized one has to go back to the Old Testament for the beginning…

The Biblical patriarch Abraham was born around four thousand years ago in Ur of the Chaldees, most likely near the town of Nasiriyah in present day Iraq, around 2000 BC. In the timeless grandeur of the King James version of the Bible, God says to Abraham in the book of Genesis: Get thee… from thy father’s house, unto a land that I will shew thee. Abraham is a God-fearing man and does as God tells him. God leads him to the land of the Canaanites and tells him to look north, south, east and west. This is all yours as far as the eye can see, and beyond, but never mind about the inhabitants, I’ll take care of them (text in italics mine).

Further, God promises to bless Abraham and all his progeny: I will bless them that bless thee and curse them that curseth thee…

So far so good. Abraham is revered as the patriarch by the followers of three religions; by Jews, Christians and Muslims. Abraham had two sons. Ishmael, by his concubine, Hagar; and Isaac, by his wife Sarah. Sarah, however, is jealous of Hagar’s son, Ishmael, and asks her husband to send mother and son away into the wilderness with only some food and water. Abraham is very distressed, but God tells him to obey his wife, that he will take care of them. This is where the trouble begins.

In Genesis, chapter 17, verse 19, God promises Abraham: Sarah, thy wife shall bear thee a son indeed; and thou shalt call his name Isaac: and I will establish my covenant with him

However, in the very next verse, verse 20, he says: And as for Ishmael, I have heard thee. Behold I have blessed him, and will make him fruitful, and will multiply him exceedingly; twelve princes shall he beget and I will make him a great nation.

Both these promises are kept. The twelve sons of Ishmael and their progeny went on to control the vast territory between Egypt and Assyria in succeeding centuries. Their descendants grew into numerous tribes and were known as the sons of Obadiah, Eli and so on. Among other names, they came to be known collectively as the Arabs. In the meantime, Isaac’s younger son Jacob, changes his name to Israel, and the children of Israel are subsequently designated God’s chosen people. There are many reversals of fortune throughout the following millenium, but gradually the children of Israel, still identified by their tribes, Reuben, Gad, Manasseh and so on, subdued the local kingdoms and occupied the promised land.

In the 5th century BC the Babylonians under Nebuchednezzar II laid siege to Jerusalem and sacked it, taking all its inhabitants into captivity. The Jewish kingdom of Judah became a province of Babylon, and then later the Roman province of Judaea during the time of Jesus. Jerusalem was destroyed again in the year 70 CE by General (and future Roman Emperor) Titus in his attempt to put down the Zealots’ armed rebellion against Roman rule. The Roman Jewish historian Josephus Flavius describes the storming and destruction of the temple in Jerusalem thus…

There were the war cries of the Roman legions as they swept onwards en masse, the yells of the rebels encircled by fire and sword, the panic of the people who, cut off above, fled into the arms of the enemy, and their shrieks as they met their fate. The cries on the hill blended with those of the multitudes in the city below; and now many people who were exhausted and tongue-tied as a result of hunger, when they beheld the Temple on fire, found strength once more to lament and wail. Peraea and the surrounding hills added their echoes to the deafening din. But more horrifying than the din were the sufferings.

The Temple Mount, everywhere enveloped in flames, seemed to be boiling over from its base; yet the blood seemed more abundant than the flames and the numbers of the slain greater than those of the slayers. The soldiers climbed over heaps of bodies as they chased the fugitives.” From: Cornfield, Gaalya ed., Josephus, The Jewish War (1982); Duruy, Victor, History of Rome vol. V (1883).

After this destruction of the second temple in 70 CE, emphasis was placed upon study of the Torah (in its broadest sense) as the most important religious act, leading to an understanding of the proper way of life; upon the growing need for national restoration in the face of continued Exile from the Promised Land.

The centuries after the second destruction of the temple is generally classified by scholars as the Jewish Middle Ages, lasting until about the 18th century, during which occurred the mass expulsions and forced conversions in Spain in 1492 and periodic pogroms in many other parts of Europe. There was, however, a Jewish counterpart to the general European Renaissance of the 15th and 16th centuries. The current conflicts between the secular, liberal sections of Israeli society, and the ultra-orthodox Hassidim had their birth in this period. The traditional, inclusive philosophy of the great scholar and rabbi Elijah ben Solomon, on the one hand, was pitted against the unorthodox views of Baal-Shem-Tov, the founder of Hasidism in the 18th century. Ironically, the Hasidim today consider themselves the traditionalists in modern Israeli society.

The emancipation of European Jews in the 19th century brought its own set of problems: to retain a distinct identity within the larger population, or to blend in and adapt? Both options were chosen by individual families. In the late 19th century along came Theodor Herzl and his espousal of Zionism, which promised a return to the Holy Land, then part of the exhausted Ottoman Empire.

Hitler’s rise to power from 1933 and his manic scheme to exterminate the Jews of Europe is too well known to repeat here. The aftermath of World War II led to the establishment of the modern state of Israel. This time, in place of assurances from God, the state was established with the support of the victors of World War II, the fledgling United Nations, and force of arms. Again, as in the time of Abraham the partriarch, the population displaced was that of the Canaanites, today’s Palestinians.

Where will this story end, with religious conservatives on both sides, the sons of Israel and the sons of Ishmael all claiming that God is on their side and that their cause is just? They are all children of Abraham and the victims of history. As Clarence Darrow once remarked, history repeats itself, and that’s one of the things that’s wrong with history.

By aviottjohn in Uncategorized on December 6, 2012.
← Stories to Go 3: Mother’s Day in Leopoldsberg Stories to Go 4: Sweet Peppers →