Home » energy » Why is it Dark at Night?

Why is it Dark at Night?

The nights of 13th and 14th November 2016 were supermoon nights. I’ll resist the temptation to post my supermoon photos, since Facebook and the Internet were flooded with superb photos of the event, and mine were taken with a cell phone camera. But looking up at the beautiful, impressive moon on that light-flooded night, I remembered a question I was asked three decades ago by an uncle of mine, a keen amateur cosmologist.

“Do you know why it gets dark at night?” he asked.
“Because the sun goes down, naturally,” I replied. Absurd question.
“Think again. What about the light from all the stars you see at night? Many of them are brighter and more powerful that a thousand suns. We should be continuously dazzled by their light, and life on earth as we know it should be impossible.” 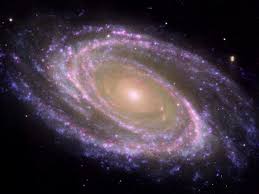 I didn’t know the answer to the question and, infuriatingly, my uncle refused to give me the answer, leaving me to search for it myself. I first read the answer in a scientific journal, Physics Today, in an article published in 1974 by someone named Edward Harrison. The article was heavy reading, but I ploughed through it, memorising several paragraphs, so that I could finally answer my uncle’s question. But my understanding was not deep enough to retain the answer, and in a few weeks, the answer evaporated from my mind, leaving only faint traces like water stains on a dry rock.

In October this year, an article appeared in the The Telegraph newspaper which showed me that many academically brighter minds than mine were still wrestling with the answer. This article by science journalist Sarah Knapton should be enough to satisfy the curiosity of the average lay reader. And finally my mind is at rest now.

By aviottjohn in energy, science on November 27, 2016.
← An Old Word for New Times Learning in a Village →