Ask any mountain climber why they climb mountains and there is often a touch of the mystic in their replies. Although their replies might be couched in intellectual terms, or even though they might write whole books to explain why, the reason can often be condensed into a short sentence; to be closer to God; to feel an overwhelming sense of peace; to transcend the self for a brief moment,or; it’s simply out of this world. 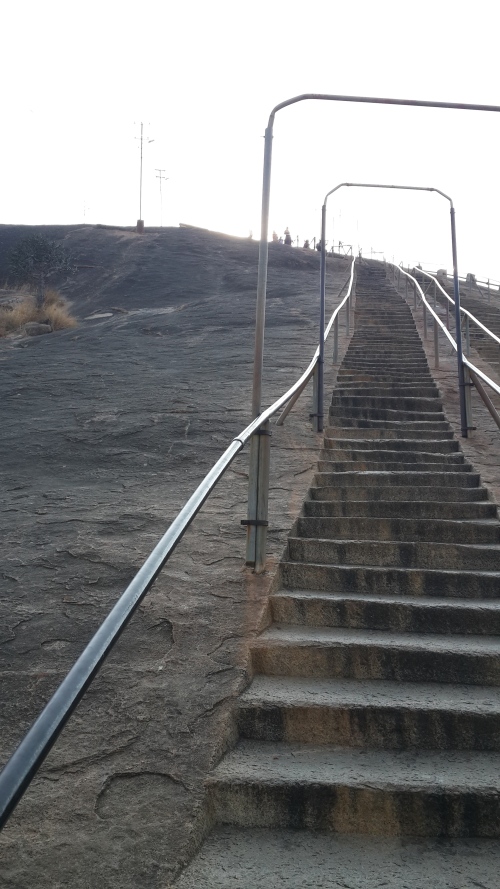 The impulse is an ancient one. Emperor Chandragupta Maurya is said to have meditated here after abdicating the throne in 298 BC. Sravanabelagola, the white pond of the Sravana (the colossal monolithic statue on the hilltop), is a site that exudes an undoubted sense of peace and sanctity, some of it induced no doubt by the need to rest after the strenuous climb to the top.

Various inscriptions have been found at this site and are dated from 600 to 1800. The statue itself was erected around 981 AD. Some of these inscriptions attest to the rise and power of a succession of regional empires, including that of the Vijayanagar kings who ruled in nearby Hampi from around the 1300s to mid-1500s. More about Hampi in the next post.

By aviottjohn in history, Uncategorized on February 9, 2014.
← Dial 0 for Operator Hampi: On the banks of the Tungabadhra →