I recently heard from a friend whose teenage son seems to be an atypical teenager. He’s home-schooled for one. And he doesn’t have a smart phone. He grew up running around barefoot in nature and learned naturally to avoid carelessly standing on ants nests. Once you’ve been bitten by a swarm of angry ants, you’re not likely to repeat the mistake. There are snakes and centipedes in the woods that surround his home. He is not afraid of them, but has learned to respect them.

He recently went to a local international school to write his board exams. The school is an approved center for these exams and he was registered to appear there as a private candidate. He was thoroughly perplexed by the behaviour of his peers during the exams, as they frantically  peered (no pun intended) at their smart phone screens until the last possible minute, and then convulsively reached for the same as soon as they had handed in their papers. This obsessive relationship with their smart devices was alien to him, making him think that smart devices seem to make their owners look less smart. For me, as an adult who has managed to leave this compulsive obsession with social media behind, it’s refreshing to see a teenager who’s in tune with his surroundings, has a sense of fun, loves the outdoors, and reads without compulsion. 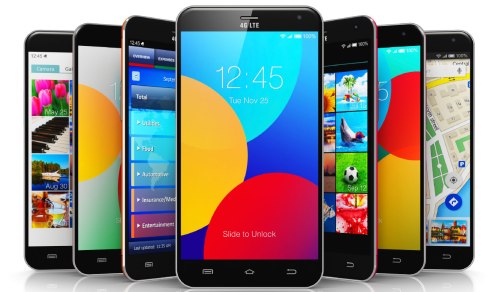 Yes, smartphones; but do they make the owners smarter?
Image courtesy: stories.flipkart.com

Some years ago I followed the blog of another teenager who was brought up on a sailboat and had lived most of his life at sea, with periodic long spells on land, wherever his multi-talented parents happened to find a job. Home schooled again, he was no stranger to electronic devices, mainly those used in navigation systems. Judging by the blog, this young man was whip smart and culturally savvy. His descriptions of short stays in several countries (Mexico, Malaysia etc) revealed astounding sensitivity and depths of insight into the social mores of the countries he visited. Unfortunately his blog has disappeared from the web, otherwise I’d have posted a link.

A recent trip to a rain forest with a group of young people reaffirms my belief that the best education for young people is to open their eyes to the world around them, encouraging them to read from Nature’s notebooks, in addition to absorbing the accumulated wisdom contained in printed books. Some lines from a poem by Harindranath Chattopadhyaya seem most relevant here.

In days gone by I used to be
A potter who would feel
His fingers mould the yielding clay
To patterns on his wheel;
But now, through wisdom, lately won,
That pride has died away,
I have ceased to be the potter
And have learned to be the clay.

In other days I used to be
A poet through whose pen
Innumerable songs would come
To win the hearts of men;
But now, through new-got knowledge
Which I hadn’t had so long,
I have ceased to be the poet
And have learned to be the song.

See this author’s page at Amazon.com to see more of his work