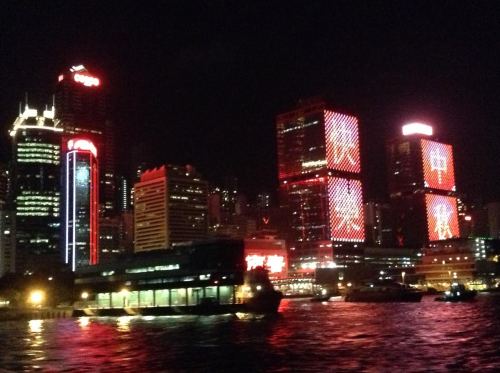 Two thirds of the world’s electricity is generated by burning fossil fuels.

Much of the world’s wars and terrorism occur in the Middle East where, not so coincidentally, much of the world’s oil also originates. A lot of the world’s climate change problem (the majority of the world by now admits that there is a problem) is due to burning fossil fuels. In 2013, oil provided around 33% of global primary energy consumption* (i.e. energy contained in fuels used to generate electricity, heating, industry, transportation or other end users). This amounts to nearly 87 million barrels of oil per day. One third of this oil came from the Middle East.

The World Coal Association states that (in 2013): Coal provides around 30.1% of global primary energy needs, generates over 40% of the world’s electricity and is used in the production of 70% of the world’s steel. Coal is more democratically distributed around the world than oil, and there is not much likelihood of wars being fought over coal reserves. Coal is also a relatively “dirty” fuel and produces more CO2 (ca. 200) per unit of energy delivered than oil (ca. 150) or natural gas (117).

A listing of principal terror groups in the world includes ISIS, Boko Haram, Al-Shabaab, Al-Qaeda, Al-Nusra, Ansar al-Sharia, Hezbollah and Hamas. Al-Jazeera news notes that the United Arab Emirates published this week a list of 80 organisations worldwide, including the foregoing, that it formally identified as terrorists. Some of the organisations on that list perhaps do not belong there, but the larger point to be made in this article still holds. When great wealth flows from all parts of the world into the hands of a few, great disparities ensue; injustice and violence occur. The world needs to get off its greed for oil and move to renewable sources of energy. Of course the transition will be painful; but less disruptive than continued terror. Reduced global oil consumption can lessen the flow of disproportionate wealth that the world directs into the coffers of a few by 20 to 30% in the next ten years.

Is the transformation do-able within this time frame? The world’s experts are divided fairly equally between yes and no. Why? Because it hasn’t been done before. But here is an indirect answer. The Paris-based International Energy Agency (IEA) has revised its estimates for deployment of renewables worldwide upwards several times in the past decade. The forecasts made in 2002 for the year 2020 were exceeded by the year 2010. So perhaps the correct answer is not to be found among energy experts but in a quote from Spanish poet Antonio Machado (1875 – 1939) who said:

Caminante, no hay camino
Se hace camino al andar.
Traveller, there is no path
The path is made by walking.

Paraphrased less poetically into modern business-speak: walk the walk, don’t simply talk! We have to make choices as individuals before nations and governments follow in our footsteps.

*For more background, see Energy Trends Insider, with links to BP’s widely used Statistical Review of World Energy 2014. Oil accounted for 33 percent of all the energy consumed in the world in 2013. This amounts to 86.8 million barrels per day. Of this, roughly 32% came from the Middle East.

By aviottjohn in global warming, politics, religion, Renewables on November 18, 2014.
← The Demoiselle Cranes of Khichan Why do I write? revisited. →