Monkey Business at an Indian Wedding

We were privileged to attend a traditional Indian wedding at a marriage hall in Agra, just a stone’s throw away from the Taj Mahal. The chief cook was busy with two assistants in a couple of small enclosures adjacent to the main hall. They labored over a gas cooking fire, preparing sweetmeats and the main meal for the 300 guests expected to attend. Watching over the cooking fires perched on an adjacent wall were two handsome gray langurs who occasionally bared their teeth at someone or something in the distance. 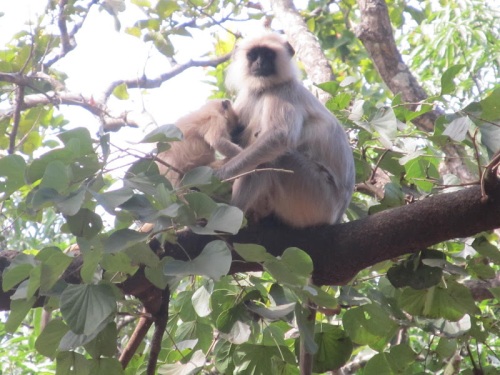 They were watching over the cooking fires and keeping a troop of a dozen marauding rhesus macaques at bay. The two langurs belonged to the cook who kept them as pets for this very purpose. 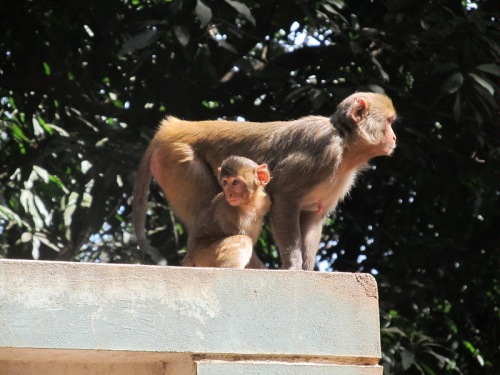 Not invited to the banquet: Rhesus Macaques

These itinerant cooks are specialists who travel around during the wedding season carrying their large cast-iron vats, giant ladles and woks. They are in great demand during the wedding season from November till July, and are often booked out months in advance. They can churn out meals for hundreds at a couple of days notice.  A preliminary tasting convinced us it would be a meal to look forward to. More details after tonight’s banquet.

By aviottjohn in culture, travel on November 27, 2015.
← Saving Trees: Grace in the South China Sea as a Kindle edition The Banquet and afterwards… →