The following text is copied from the blog of economist Larry Willmore, and I think it merits re-posting because of widespread reports in the media in Europe about Turkey’s non-cooperative stance about taking back refugees who have made the hazardous crossing to Europe. Really? Read on below… 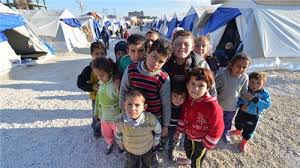 We are bombarded daily with news of problems with the massive influx of Syrian refugees in Europe, Jordan and Lebanon but seldom hear about the much larger number of Syrian refugees in Turkey. The reason there is so little reporting from Turkey is that Syrian refugees there encounter little hostility. Moreover, significant numbers are able to work informally, often in businesses run by Syrians. The Turkish government recently began to issue a restricted number of work permits to refugees. Refugee employment would no doubt increase, along with wages and working conditions, if the tight restrictions were relaxed.

[T]he 2.5 million Syrian refugees in Turkey have encountered less hostility than in Jordan and Lebanon—not surprising given Turkey’s population of 77 million …. Jordan and Lebanon face a significantly higher burden with over one million Syrian refugees in each country, representing an influx equal to, respectively, 20 and 25 percent of the native population.

It may also be that Turkey’s more open business environment has played a role in lowering tensions. ….

Over the last four years, about 4,000 formal tax-paying firms—employing thousands of workers, mostly Turkish—have emerged. And informal enterprises may multiply this number. …. [M]any of these [refugee] workers make less than minimum wage and have no social benefits. But in January 2016 Turkey’s official gazette announced the granting of work permits to refugees, though employment is capped at 10 percent of a firm’s workforce.